Why Are West Virginia DUI Rates So Low?

You are here: Home / General Information / Why Are West Virginia DUI Rates So Low?
August 16, 2016 by Editorial Staff 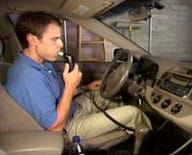 Between 50-70 percent of drunk drivers reportedly still drive under a suspended license, especially those in their late 20s. At the same time, a person is injured in a drunk incident almost every minute. According to the CDC, this all adds up to almost 2 percent of all adults across the U.S. admitting to driving while under the influence of alcohol. West Virginia DUI rates, however, are at a much lower .7 percent, raising the question, “What is the state doing right to keep drunk driving rates so low?”

Even a first-offense West Virginia DUI comes at a heavy price.

When you live in West Virginia, or you’re just driving through, you are subject to sobriety checkpoints and widespread information about the risks and consequences of drunk driving. That means you are well aware that West Virginia requires ignition interlock devices for DUI offenses, and that there is a risk to life and personal safety each time a person decides to drive under the influence. You’ll face court costs and fines and trouble with the DMV on top of your legal issues. You also know that you have plenty of alternatives to driving yourself home if you’ve been drinking, like calling a taxi or a rideshare service.

Plus, there are strict guidelines for any ignition interlock violations that make the West Virginia DUI numbers make sense, too. Like an extended time requirement in the program if you drive illegally, or a complete suspension of your license after too many violations.

Plenty of states look to West Virginia as an example to follow to curb DUI rates, and it is no wonder why. With the average percentage of drunk drivers so much lower than the rest of the nation, clearly, the state is doing something right with its ignition interlock program, use of sobriety checkpoints and emphasis on anti-DUI information and education.