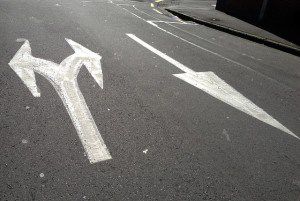 This year, Mothers Against Drunk Driving (MADD) released a report on the effectiveness of ignition interlock devices in preventing repeat drunk driving offenses. Out of the 1.77 million attempts to drive drunk that were foiled by the devices across the U.S. since they were adopted, 15,000 were attributed to West Virginia’s interlock policy, which requires an interlock installation before an offender even gets into court for their criminal DUI hearing.

Despite that success, some lawmakers in West Virginia want to put that policy in reverse. Hoping to save money by “streamlining” the DUI court process in the state, legislators want to take the administrative (automatic) license suspension and ignition interlock requirement out of the picture until an offender is convicted of DUI. That means the accused DUI offender could get back on the road, behind the wheel, with nothing preventing him or her from being drunk while doing so.

Sure, saving money and streamlining processes seems like a great idea until you realize the actual cost of this ill-considered move. It’s shockingly common for people waiting for their DUI court hearing to resume drunk driving, and any of those offenders could injure or kill innocent people. The solution for keeping the costs of drunk driving low is to install an ignition interlock device, a measure which is paid for by the offender.

West Virginia has one of the most comprehensive ignition interlock programs in the U.S., and has been well established for over eight years. A new law that postpones that program will only enable further drunk driving – a cost that no state can afford. After a 40 percent reduction in drunk driving incidents since the program was implemented in 2008, it is foolish to put the law in reverse and go back on a promise to keep the state’s roads safe from drunk drivers.

Your Driver Has How Many Texas DWI Convictions?
Next Post: Plot Twist: Free Drinks When You Don’t DUI