You are here: Home / Opinion / Drunk Driving in the Latino Community 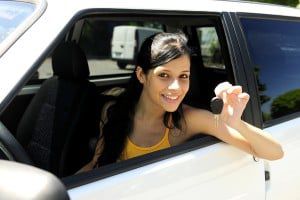 Now that Spring Break and St. Patrick’s Day are behind us, we can drive the open road without the fear of getting struck by a drunk driver, right?

Wrong! Each day, people under the influence of alcohol get behind the wheel and endanger the lives of everyone on the road. While drunk drivers can come from any background, any culture, anywhere, driving under the influence is a growing problem in the Latino community, in particular.

The combination of heavy drinking and driving while impaired have resulted in a staggering number of alcohol-related car accidents and deaths in the Latino community. According to a recently published study by the National Highway Traffic Safety Administration (NHTSA), in 2006:

In addition to drunk driving violations and injuries and deaths resulting from alcohol-related car accidents, alcohol dependence and liver disease are also common consequences of heavy drinking in the Latino community.

However, every problem has a solution and drunk driving in the Latino community is no exception. For example, NHTSA has created a comprehensive toolkit designed to help reduce drinking and driving in Latino communities.