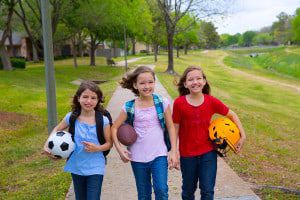 Every state handles drunk driving charges and convictions differently, including Michigan.  In addition to some type of ignition interlock requirement for offenders, what they have in common, is a blood alcohol content (BAC) standard of 0.08 and the addition of child endangerment charges if a child is in the vehicle with the intoxicated driver. This means that even drivers under the age of 21 who are stopped for a DWI can be found guilty of child endangerment if another child is in the vehicle at the time.

Since not everyone who drinks and drives is 21, Michigan child endangerment laws take into consideration underage drinkers, as well. The state has a zero tolerance policy for underage DWI, and the first offense can result in $200-1000 in fines and 5 days to 1 year in jail (48 hours of which are mandatory) or 30-90 days of community service. The penalties increase with each conviction, and once an underaged driver reaches three convictions, a felony charge is brought against the offender.

Child safety is a big concern in all states, so drivers caught operating vehicles while under the influence of alcohol or drugs understandably face harsher penalties when they also have a child passenger. While transporting children is a normal responsibility, it is important to make sure healthy behaviors are modeled for them. Remaining sober behind the wheel is the only way to keep kids in Michigan safe from drunk drivers and not face any child endangerment charges.