You are here: Home / Resources / DUI Device: Welcome to Your Car Breathalyzer
July 10, 2015 by Editorial Staff 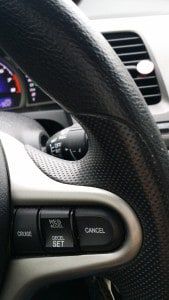 For as many different DUI stories that headline the news or that we hear in our personal lives, there are just as many different misconceptions about ignition interlocks. These devices are increasing in use across the country, but, it usually isn’t until you or a person close to you has to install the device that you begin to learn all about them. For instance, an ignition interlock is often called a car breathalyzer, or, the short and sweet, “DUI device.” Whatever you call your DUI device, the fact is that as more states adopt interlock requirements, more people will become very familiar with the devices… whether they like them or not.

Your DUI device, car breathalyzer or ignition interlock may be inconvenient or frustrating, but, remember that you’re still driving yourself around in your own car. By submitting a breath sample, the device records that you are not driving under the influence, sending proof to your reporting agency and allowing you the freedom to live your life almost as if the DUI never happened. In fact, you can even find a disguise for your DUI device so that it really seems like everything is A-OK in your world.

It is a pretty nifty compromise, considering the other consequences of drunk driving.

So, while nobody celebrates a car breathalyzer, ignition interlock or DUI device, just know that your time with it won’t last forever. You’re learning important lessons and giving others the incentive to not follow in your footsteps. In return, you’re not bumming rides off of friends to get to work and back and you’re learning how to keep yourself out of trouble and others out of danger. Your car breathalyzer isn’t the end of the fun, it’s just the beginning of a new life that puts safety ahead of bad judgement. That’s not too shabby for a DUI device!