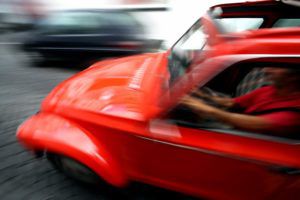 The recent changes to Maryland DUI law show a serious commitment to reducing drunk driving. Maryland expanded ignition interlock access last year, joining the majority of states that require interlocks for all drunk driving offenders. It shouldn’t be surprising, however, given other measures the state takes against drunk drivers, like a Maryland administrative alcohol restriction on a DUI offender’s license.

A Maryland administrative alcohol restriction keeps you in check.

Making it tough to drink and drive after a DUI means ignition interlock devices and a license designation that says the person cannot purchase alcohol, even if you are over the age of 21. Plus, that alcohol designation has one more surprise for you if you get pulled over by law enforcement:

After a DUI, the Maryland administrative alcohol restriction is probably the last thing you want to deal with, on top of your ignition interlock and DUI recovery process. However, once you get into the groove with the consequences for your DUI, you’ll be able to regain much of your freedom within a pretty short amount of time… as long as you are doing so while sober.