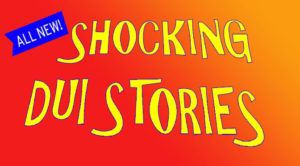 Nebraska isn’t just about Midwestern magic and rural relaxation. Sometimes Nebraska gets a little crazy, a little whacky… a little naked. Or, at least this guy with a felony Nebraska DUI got a little crazy. Oddly enough, it wasn’t his nudity, or that of his friends, that landed him with the felony charge, but that this wasn’t his first naked rodeo… or DUI, for that matter. Nebraska is a “three strikes and you’re out” kind of state when it comes to drunk driving. Which means you don’t have to worry so much about your wardrobe as you do having a safe way home if you’ve been drinking.

Nebraska DUI felony penalties kick in on a third conviction, or if your blood alcohol concentration (BAC) was at or above .15 percent at the time of your arrest. A felony DUI carries strict consequences, including:

Not only that, but a felony conviction of any type can affect your ability to get a job, find housing or attend college or some trade schools. You will lose your right to vote and own a gun.  Nebraska does not allow any type of plea bargains, and if you refuse the breath test, you will face even more penalties for violating the state’s implied consent laws.

Stripping down the reality of a Nebraska felony DUI, it makes a lot more sense to do the right thing when you’ll be drinking. Use a little of that Midwestern magic and make sure you have a safe way to get home at the end of the night. The promise of a late night, naked joyride may be too much to pass on, but the consequences for such an impulsive adventure could leave you running for cover… literally.

DUI Doubletake: Maryland Administrative Alcohol Restriction
Next Post: Dangers of Sleeping off a Night of Drinking