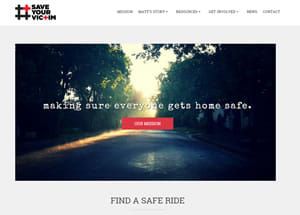 On June 22, 2013, the world became a different place. That is the day a drunken 22-year-old man named Matthew Cordle drove the wrong way down an Ohio highway and killed a 61-year-old man named Vincent Canzani. The crime could have resulted in no real ramifications for Cordle. He was advised by attorneys that he could get away with murder if he simply told a few lies; a privilege most people don’t have when they commit a crime. Cordle, however, decided to own up to his actions and release his confession as a YouTube video.

A few days after the YouTube video was posted, Cordle turned himself in to authorities. He said that his intention was to take full responsibility for the crime he had committed and he was fully aware of the fact that he continued to live while Mr. Canzani did not. The video was played during court, and Cordle was found guilty of his crime. The maximum sentence in Ohio for Cordle’s crime of aggravated vehicular homicide while operating a vehicle while impaired is eight and a half years in prison. Cordle was sentenced to serve six and a half years with a lifetime driver’s license suspension.  He is also responsible for paying all court costs and a $1,075 fine.

While serving his sentence, Cordle is attempting to move his life in a more positive direction. He says he has not had a drink since the night of the accident and will become an Ohio University student. The conviction has also launched Cordle’s campaign to bring an end to drunk driving by encouraging people to call a cab, find a designated driver or to save a life by not driving while intoxicated. Website saveyourvictim.com was created the night Vincent Canzani died, with stories about drunk driving from victims and offenders, as well as designated driver resources, advice and more. Cordle’s website cannot make up for the loss he caused, but, it can certainly be an example of why it is important to be a designated driver, even if you barely know the person: you could save a life.

The Dangers of Driving in Michigan
Next Post: What is Wisconsin Doing Right or Wrong to Lower OWI Convictions?