What is Wisconsin Doing Right or Wrong to Lower OWI Convictions?

You are here: Home / General Information / What is Wisconsin Doing Right or Wrong to Lower OWI Convictions?
October 6, 2014 by Editorial Staff 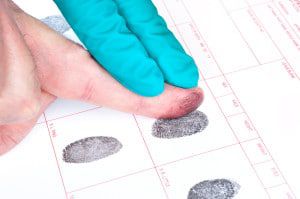 The drunk driving laws in Wisconsin are really under fire lately, especially considering that many first-time OWI convictions are considered little more than traffic violations across the state. Wisconsin has a long way to go in getting drunk drivers off the road, and while the headlines speak of offenders with multiple OWIs, many people believe the state is working to establish laws that discourage and penalize drunk driving.

Mothers Against Drunk Driving (MADD) awards each state up to five stars for their efforts in combatting drunk drivers:

Wisconsin has only two of five stars on that list: DUI child endangerment laws and administrative license revocation. But, Wisconsin does have an ignition interlock requirement for any OWI offender with a registered (BAC) level of .15 or higher. Wisconsin also does mandate a few other OWI conviction laws that don’t make MADD’s list, but, still present pretty strict consequences for anyone who drinks and drives in the state.

MADD’s recommendations are for Wisconsin to require ignition interlock devices for any first-time OWI conviction, and to establish legal authority for sobriety checkpoints. However, both of those actions, depending on who you ask, are thought to take away rights of a person, or cost too much money. Other suggestions from a recent article include volunteer checkpoints, better public transportation or even following the lead of other states with “whiskey plates” or immediate incarceration.

Whatever Wisconsin’s lawmakers decide to do in the state, the fact remains that the state’s drunk driving record needs to improve before more lives are lost. Wisconsin is a state that has the ability to change its image and protect its image, and the entire country can only benefit from the awareness.

DUI Offender’s Website for Designated Drivers and Drunk Driving Prevention
Next Post: Think an Ignition Interlock is Rough? Check Out These Tough DUI Laws in Other Countries