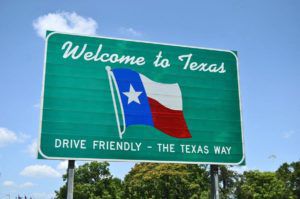 Leave it to Texas to end the year on a strong note, at least where drunk driving is concerned. In 2016 the state expanded ignition interlock access to all Texas DWI offenders, including those with a low blood alcohol concentration (BAC) facing their first conviction. Previously those offenders were forced to sit out their license suspension, which potentially gave them the incentive to drive illegally… and perhaps intoxicated once again. Expanding access to interlocks should have the opposite effect, unless you’re in El Paso, it seems.

With an ignition interlock device, all DWI offenders are able to legally drive. In exchange, offenders just have to prove their sobriety with a breath test. However, if those new requirements aren’t being enforced, then the device and the expanded access are useless.

What’s the solution to the Texas DWI dilemma?

The old adage of “bringing a horse to water” may ring true with most Texans, but not where an easy solution after a DWI is concerned. Just because the state is offering offenders the chance to drive legally after a conviction, that obviously doesn’t mean they are “drinking the water” and using the devices as recommended. Expanding interlock access was a huge step in the state, now it’s up to lawmakers to mandate the devices for all Texas DWI offenders in order to truly keep the streets safe.