Fear of Failure? Don’t Drink and Drive with an Ignition Interlock

You are here: Home / Resources / Fear of Failure? Don’t Drink and Drive with an Ignition Interlock
June 12, 2015 by Editorial Staff 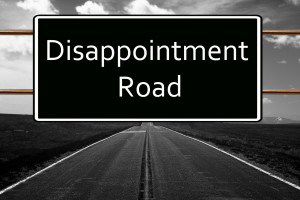 It is human nature to fear failure; after all, we always want to show our best side to the world in all that we do. Most of the time, when faced with failure, we can say it’s not a huge deal and that at least we tried. Looking at IID programs across the U.S., all of them have consequences for violations and test failures because people still try to drink and drive, and then they fail the interlock test. So, when it comes to a car breathalyzer or ignition interlock device (IID), the last thing you want to do is try and fail.

If you don’t want to fail your ignition interlock test, then don’t try to drink and drive. It is that simple.

If you don’t want interlock violation consequences, don’t tamper with your device. Don’t try to circumvent it or beat it. Don’t try to drive someone else’s car that doesn’t have an interlock, whether you’ve been drinking or not. No matter what, you’re responsible for following all of the guidelines of your program and when you fail an ignition interlock test, you’re failing yourself. That’s something to be afraid of.

We would like to think that once an interlock is installed, that a drunk driving mistake won’t be repeated. But, if that was true, then there wouldn’t be any subsequent drunk driving convictions or interlock violations. The idea behind an interlock is that it gives you the freedom to take control of your life and rehabilitation after a drunk driving conviction, and when you fail your test, it shows that you are still a danger on the road. Saying you tried to stay sober while driving won’t impress a judge, your family or friends. Instead, show yourself that despite your past drunk driving “failure,” you’re doing what it takes to get your life back on track and headed in a more responsible direction.