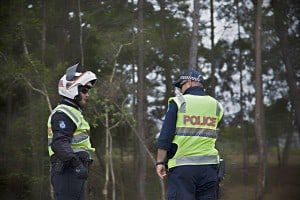 Florida may have a large population of alligators that cause a stir, but they’re not the most dangerous animals in the state. In fact, alligators were only responsible for around six attacks in 2013, none of which were fatal. The most dangerous animals in Florida are probably the humans who choose to drive under the influence of alcohol, causing more than just a “stir,” and plenty of grief for those left in the aftermath.

Pinellas County has a unique way of targeting the DUI offenders out there – with a “Wolf Pack” of law enforcement officers. Strategically targeting neighborhoods and other districts in the county, the Pinellas County Wolf Pack is a saturation patrol that not only focuses on DUI offenders, but also educates the public and is highly visible deterrent for criminal behavior. Most recently, the Pinellas County Wolf Pack arrested over 15 people for DUI-related crimes during an overnight sweep, showing that even as the moon rises in the Sunshine State, there are no excuses for drinking and driving and when you’re caught, you’ll face a judge, lose money and even have a car breathalyzer or ignition interlock restriction faster than you can say, “alligator.”

Nobody wants to be the victim of an alligator, any more than they want to be in the path of a drunk driver, and while alligators aren’t the friendliest of animals, they act on instinct rather than through the haze of alcohol intoxication. With Wolf Pack patrols and more ignition interlock devices being used, it is possible that in the future, alligators could be the most dangerous animals in Florida. Until that day, the best advice is to stay sober when driving, and be sure to stay clear of the Florida wildlife, whether it’s an alligator or a Wolf Pack officer. You don’t want to get bitten either way.

Affluenza “Wins” in Texas DWI
Next Post: Fear of Failure? Don’t Drink and Drive with an Ignition Interlock