Female Drunk Drivers on the Rise

You are here: Home / Opinion / Female Drunk Drivers on the Rise
March 28, 2013 by Editorial Staff 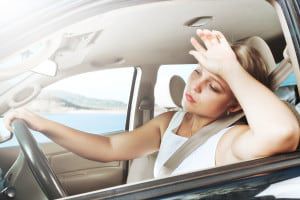 The term “drunk driver” might conjure images of men, and rightfully so, as road safety research over the past few decades has shown that most alcohol-related car crash deaths and injuries have involved men. Drunk driving has also long been considered a male-based problem, but a recent study from the Traffic Injury Research Foundation (TIRF) shows that women are getting more risky behind the wheel, particularly when it comes to drinking and driving.

Female drunk driving first gained attention in the 1980’s, a time when social norms and women’s role in society began to change. At the time, only 9% of people arrested for DWI were women, but between 1998 to 2007 the number of women arrested for DWI jumped 29%.

Why the increase in female drunk drivers and DWI arrests? The study introduces a variety of proposed explanations:

As for the question of why women are drinking (then driving) more, some speculate that it’s a result of an increase in female-directed alcohol marketing. Or perhaps it’s the stress and anxiety today’s woman feels from juggling family, a career, and everything in between. Among younger women, the desire for social acceptance, as always, makes drinking more appealing.

Whatever the reason more women are driving while impaired, TIRF hopes that by bringing the magnitude of the problem to light, more attention will be placed on combating the rise of female drunk drivers and the risks they pose on themselves and the public.

Check out “State of Knowledge: Female Drunk Drivers,” the publication of TIRF’s research, for more statistics on female involvement in drinking and driving, including characteristics of the average female drunk driving offender.

Previous Post: « When Stopped for DUI, Can You Plead the Fifth?
Next Post: Can Movies Influence Drinking Behavior Among Teens? »