You are here: Home / Resources / Can Movies Influence Drinking Behavior Among Teens?
March 29, 2013 by Editorial Staff 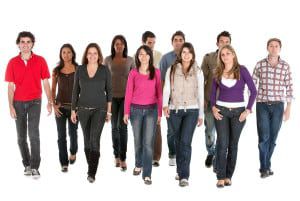 While a movie like The Hangover – which turns a night of binge drinking and the resulting consequences into a comedy – might seem harmless, alcohol consumption in movies might have more influence on society than you think, particularly on teens.

According to a recent study published in BMJ Open in 2012, exposure to alcohol consumption in movies has a greater influence on teen binge drinking than at-home exposure, such as watching parents drink regularly or having access to alcohol.

The study, led by Dartmouth Medical School professor Dr. James Sargent, surveyed over 6,500 youths, ages 10 to 14, on their movie watching and alcohol consumption habits. The study found that the youths had been exposed to an average of four and a half hours of on-screen alcohol consumption, based on what movies they’d seen from a list of 50 films randomly chosen from over 500 current or recent box-office hits.

Teens who had the highest exposure to on-screen alcohol consumption were:

A group of European research centers conducted a similar study, co-authored by Dr. Sargent and published in Pediatrics in 2012. The largest study of its kind surveyed 16,000 youths, ages 10 to 19, across six European countries:

“The striking thing to me is how consistent the results were across countries and cultures,” Dr. Sargent told U.S. News. “Whatever you want your alcohol to do for you – make you feel rich, funny, sophisticated – you can see that in the movies. That shapes how kids see alcohol and their decisions whether to binge drink.”

While movies might have a greater influence than parents when it comes to binge drinking, the U.S. study found that parents’ drinking habits, at-home access to alcohol, and good old fashioned parenting still have a strong influence over alcohol onset. Use that influence to talk to your kids about what the movies don’t show:  the risks and dangers of too much alcohol.