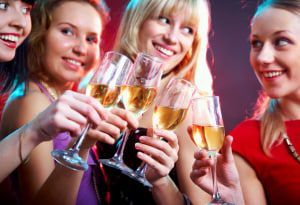 When it comes to Florida and underage drinking, all you need to know is this: it is not allowed. Possession of beer, wine, or spirits (commonly known as hard liquor) is not allowed for anyone under the age of 21 while in the state of Florida. However, neither consumption nor “internal possession” is “explicitly prohibited”. That sounds confusing, so what does it mean?

Internal possession is another way of saying that alcohol is in your body. If you’re holding alcohol in your hand, that is regular possession. Once you drink, or consume the alcohol, that is “internal possession.” Essentially, Florida law states that people under the age of 21 cannot have alcohol in their hands, pockets, vehicles, or anywhere else considered in their possession. But, any alcohol that a minor has consumed may not be held against them with regard to criminal charges. The important words there are “may not” and that brings us to another issue.

Let’s say you are a 19 year old and have been drinking. If you get behind the wheel of your car and drive down the street, you could be pulled over. If that happens and the police officer suspects you’ve been drinking, you will need to prove you are sober. If you are found with a blood alcohol concentration (BAC) of less than 0.02, you have not exceeded the BAC limit for underage drivers. If you are above the BAC limit, you will be charged with driving under the influence (DUI), and will have to face those consequences, including a car breathalyzer or ignition interlock requirement. Possession of alcohol in your vehicle will make your DUI charges worse.

Minors are expected to follow the underage drinking and DUI laws in Florida, without exception. By following these laws, both residents and visitors to the state can help keep the streets safe from drunk drivers.

Does Michigan Need Sobriety Checkpoints?
Next Post: How to Quit Drinking for the New Year and Beyond