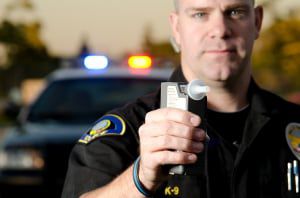 Another issue some may bring up is that sobriety checkpoints are unconstitutional or may be a form of profiling. If implemented legally, checkpoints follow a specific pattern and going against the pattern could be cause for legal action against the police force. Supreme courts have found checkpoints to be constitutional, so the states that don’t participate usually do so for state-level reasons. The checkpoints save states money, too, an added benefit to the process.

During sobriety checkpoints, officers are looking for signs of inebriation and following a pre-determined pattern for pulling over drivers. For instance, officers may decide prior to setting up checkpoints that every fourth driver will be pulled over. This pattern must be followed consistently and if you end up arrested during a sobriety checkpoint, it’s because you were considered legally drunk and the fourth person in the pattern.

Michigan’s choice to support sobriety checkpoints rests on the residents of the state. With the benefit of safer roads, that choice should be just as clear as finding a sober ride home after drinking.

How to “Tie One On” for MADD
Next Post: Florida Takes a Tough Stance on Underage Drinking