Habitual Missouri DUI Offenders May Pass on the Ignition Interlock If…

You are here: Home / News / Habitual Missouri DUI Offenders May Pass on the Ignition Interlock If…
May 10, 2017 by Editorial Staff 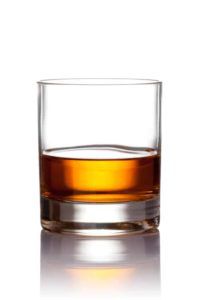 Missouri has had a progressive ignition interlock policy for years, one that allows even first-time and habitual Missouri DUI offenders to keep driving with an interlock installation. However, the state may be relaxing some of those rules, particularly if an offender’s job requires them to drive as a requirement of their job.

This Missouri DUI exemption doesn’t allow habitual drunk driving offenders a lesser sentence. The purpose of the ignition interlock employment exemption is to allow the offenders to keep working at jobs that require them to use a company vehicle. The habitual Missouri DUI offenders will have the opportunity to continue to support their families, pay off their DUI fines, and earn a living.

only. Such exemption shall not be granted to a person who is self-employed or who wholly or partially owns or controls an entity that owns an employer-owned vehicle.

A person who is granted an employment exemption variance under

The new Missouri DUI interlock employment exemption would allow an employer to attest to offenders’ sobriety while on the job. In exchange, the employer allows offenders to drive company vehicles without an ignition interlock, but only while on the clock. Business owners are not exempt, as it would allow them to circumvent the interlock requirement.

Five Years to Fifty Percent Fewer Maryland DUI Drivers
Next Post: DUI Debacle: Your Bad Back, and Your Bad BAC