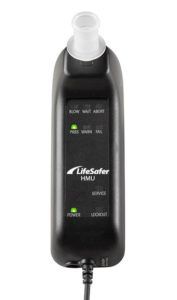 If you are heading to court for an Arizona DUI, you probably already know that you’ll likely leave with a car breathalyzer (ignition interlock device) requirement. Arizona is one of a majority of states with all-offender laws. As such, it is also one of the states that can attest to the national reduction of fatal DUIs that are attributed to the device.

Arizona ignition interlock devices are relied on to prevent all drunk drivers from another lapse in judgment when drinking.

In Arizona, a DUI triggers an ignition interlock requirement through the court system. Before you even get in front of a judge, you could still have the requirement if your refuse blood alcohol concentration (BAC) testing during a traffic stop. You could also have the device ordered as a part of your penalty through the DMV, even if you’re never convicted in court.

The devices are federally regulated and are trusted by courts, law enforcement and ignition interlock programs across the country. By blowing into the device before you start your vehicle, you can prove you are sober and able to drive. While driving, you will be prompted for more breath tests to ensure you are the person who submitted the initial test and that you are still sober while driving.

In exchange for the BAC testing, you are able to drive yourself to work and back and take care of other obligations, including:

An Arizona ignition interlock device gives you back your independence, but before you are faced with that in court or through the DMV, you have another choice. Having a safe plan to get home if you’ll be drinking takes an ignition interlock requirement off the table, and allows you to keep your freedom.

A Florida DUI without BAC Backup
Next Post: What California DUI Law Gets Right