What California DUI Law Gets Right

You are here: Home / Laws / What California DUI Law Gets Right
February 7, 2017 by Editorial Staff 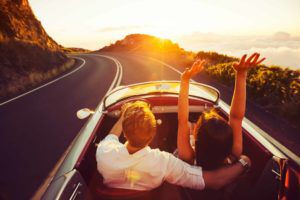 California has long been an example of progressive laws. From banning plastic bags to driverless vehicle speed limits, California understands that safety matters. Still, it has taken the efforts of half of the U.S. to prove the value of strict DUI consequences to California. Especially all-offender ignition interlock requirements.

Fighting DUI disasters isn’t an easy process, so we give California plenty of credit. Plus, the state has a larger population that most other states, making expansion an ever bigger mountain to climb. The state consistently renewed the four-county pilot program that required ignition interlock devices for DUI drivers in Alameda, Los Angeles, Sacramento, and Tulare counties. It was just a matter of time and planning for the implementation of the program across the entire state, and in 2018, it will all be set and ready to roll.

California has other DUI laws that also increase safety on the roads, including:

All in all, California DUI law is comprehensive and addresses concerns over road safety and rehabilitation. Currently, the four-county pilot program is the state’s only all-offender ignition interlock program, but judges across the state can still order the devices at their discretion. Once the law is fully enacted, the efforts of lawmakers, organizations like MADD and residents of the state will show the effectiveness of interlocks in California, and be an example for the other states to follow.