How to Reinstate Your License after a Colorado DUI

You are here: Home / Laws / How to Reinstate Your License after a Colorado DUI
November 30, 2016 by Editorial Staff 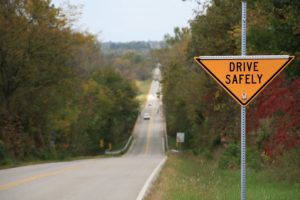 Colorado may be a mixed bag when it comes to DUI offenses in the state, but there’s one thing you can count on when you drive under the influence: your license will be suspended. For some, that means waiting around and asking others for rides or using public transportation to get to work or other important destinations. For others, that nine-month minimum license suspension can be remedied by going through the early reinstatement process. That means that your Colorado DUI consequences may end early, and it can be as simple as installing an ignition interlock device.

More states are allowing drunk driving offenders the opportunity to drive again, and even earlier than normal, as long as early reinstatement conditions are met. The same is true for a Colorado DUI offender.

To reinstate your license early, you’ll need to:

Any drunk driving offense, whether a Colorado DUI or DWAI, can have tragic consequences and is taken seriously by the court and DMV. That’s where an ignition interlock device can be a lifesaver, especially if you have family, work or school obligations that depend on your ability to drive independently.

The benefit of an ignition interlock is more than the ability to drive sooner. It also gives you a chance to prove that you are committed to sober driving. In exchange, others on the road are assured that you are no longer exercising poor judgment when it comes to your ability to drive safely. It’s a fair exchange for getting your life back on track after a Colorado DUI.

The Three Types of Arizona DUI
Next Post: A Toast to RADD California Designated Drivers