You are here: Home / Laws / The Three Types of Arizona DUI 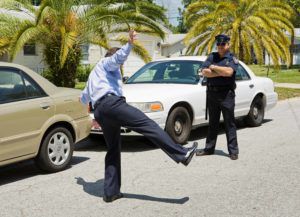 Most states in the U.S. have different categories for their drunk driving offenses. It is not uncommon to hear about a person taking a plea bargain for a “wet reckless” charge, reducing the criminal impact from a misdemeanor DUI. It is also not unheard of for an offender to face felony charges for DUI manslaughter or DUI child endangerment. Each state has the authority to structure drunk driving laws according to the needs of the state. And while that may not be the best practice in states like Wisconsin, where drunk driving laws are more lenient (and taken less seriously), an Arizona DUI has pretty strict and transparent consequences.

Keep in mind that any attempts to drive illegally or without an ignition interlock in Arizona will only cause further fines, a longer suspension on your license, removal from the ignition interlock program and possible impoundment of your vehicle.

With such a strict approach to eliminating drunk driving, there’s not an Arizona DUI offender who doesn’t realize the serious nature of their conviction.  Arizona is at the forefront of drunk driving prevention, serving as an example of a state that doesn’t complicate consequences or make it easy to reduce a criminal charge to a plea bargain.