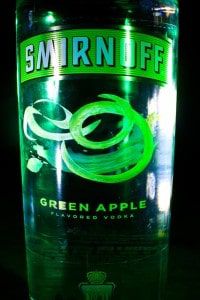 For those keeping track of the states that allow you to carry an open bottle of booze in your car, you should have crossed West Virginia off that list in 2015. More than likely, you’re only into open container laws for the trivia factor. Drinking while driving is so last century, and it can be a slippery slope into a DUI or other drunk driving conviction. So, why did West Virginia finally decide to end the joyride that was their old policy on open containers?

Safety was likely the number one reason for updating the laws. Most states have already made it illegal to carry an open container of alcohol in a vehicle, at least within reach of the driver. We doubt there is a lot of temptation to grab that bottle while driving down the road, but it does happen and an extra measure of safety doesn’t hurt anyone.

The other reason probably had to do with federal TEA-21 guidelines. The Transportation Equity Act for the 21st Century (TEA-21) sets forth certain rules of the road, including open container laws. The idea is that each state can “evolve” its laws for compliance, and receive federal money for roads and transportation projects in return.

As such, open containers of alcohol are “so last year” in West Virginia, and good riddance to the practice! By adding the new law on top of existing DUI laws and consequences like a car breathalyzer or an ignition interlock requirement, we are assured that safety is a top concern across the state. Moving into the 21st century, in compliance with TEA-21, helps everyone by restricting dangerous behaviors and keeping roads in working order. From there, we can only watch as the rest of the country finds their way into the future of safe driving and less risks on the road.

DWI Duh: No, Texas Won’t Let You Drink and Drive Thru a Car Wash
Next Post: Ignition Interlock Time Extensions Could Be the Next Step