Ignition Interlock Time Extensions Could Be the Next Step

You are here: Home / News / Ignition Interlock Time Extensions Could Be the Next Step
February 18, 2016 by Editorial Staff 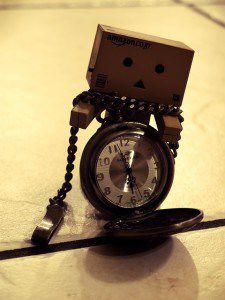 To date, all 50 states in the U.S. and Washington, D.C. have some type of ignition interlock requirement for drunk drivers. Usually that means a DUI offender can resume driving, with a restricted license, as long as he or she has an interlock installed. Once the court- or DMV-ordered suspension period is over, the device is removed, with important lessons hopefully learned about the dangers of drunk driving.

However, some states do not have lengthy license suspensions, especially for first-time drunk driving convictions. A DUI offender in New Hampshire, for example, could have a nine-month license suspension that is reduced once an ignition interlock is installed. Depending on when that occurs, there may be less time for “behavior modification” to kick in. In other words, once an ignition interlock is no longer needed by the court, offenders could repeat the same mistake that got them in trouble in the first place.

That’s a huge reason for extending the interlock requirement beyond the license suspension period – to make sure a DUI offender gets the full benefit of creating healthy habits for the future.

As such, a New Hampshire legislator is proposing a one-year extension of ignition interlock requirements beyond the end of the license suspension period. Citing not enough time to really change the way an offender looks at their drinking habits, the legislator believes that an interim ignition interlock requirement could really make those lessons stick. It could also serve as yet another reason for anyone who has not faced a drunk driving charge to just find a better way to get home, instead of risking the whole DUI debacle in court.

Ignition interlock devices effectively stop repeat offenses by up to 90 percent, making them a reliable way to keep our streets safe. By allowing more time with the device, that percentage could grow, along with drivers’ peace of mind across the U.S.