Your Ignition Interlock is No Fool

You are here: Home / Opinion / Your Ignition Interlock is No Fool
August 14, 2015 by Editorial Staff 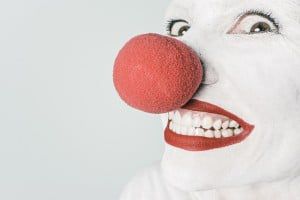 You may be a mechanical genius or a tech-savvy wizard, but, before you try to fool your ignition interlock, you should know that the device is far more sophisticated than you may realize.

Car breathalyzers and ignition interlock devices are highly regarded as effective tools to reduce and eliminate the chance of a second or subsequent drunk driving incident. With all 50 states relying on the devices, they have to be foolproof, so that there aren’t false blood alcohol concentration (BAC) readings that can affect a drunk driver’s ability to move ahead after  DUI. Plus, any error with an ignition interlock could potentially allow a drunk driver on the road – a devastating possibility nobody needs to experience.

You cannot fool an ignition interlock into allowing you to drink and drive, and, why would you want to?

Because an ignition interlock device is a federally-regulated piece of equipment, there is little room for error in its use… and no tolerance for trying to tamper with it. In fact, that foolish mistake could lead you to even jail or prison. Instead of spending time trying to get around the device or your requirement, spend the time to change your perception of an interlock. It is there to help you make better choices after a DUI, leaving no reason to try to drive down another foolish, intoxicated road.