After An Impressive Victory, DUI Legislation Is Stalled in Virginia

You are here: Home / Laws / After An Impressive Victory, DUI Legislation Is Stalled in Virginia
March 27, 2014 by Editorial Staff

2012 was a good year for road safety in Virginia. The legislature passed a law requiring anyone convicted of a DUI, including first offenders, to have an ignition interlock device installed in 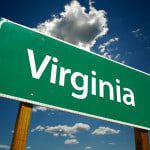 their car. The measure has likely saved lives already. An ignition interlock device (IID) prevents a vehicle from starting if the driver’s blood alcohol concentration (BAC) exceeds a programmed limit.

Where does the commonwealth go from here? Onward to even more effective DUI legislation? It appears not. “Virginia hit it out of the park with the interlock law,” says Kurt Erickson, President and CEO of the non-profit Washington Regional Alcohol Program (WRAP). But he notes that lawmakers tend to shy away from more DUI legislation once they’ve passed an especially tough measure.

Sadly, one good law does not a safe highway make. “There are some absolute key measures that haven’t been passed yet,” says Erickson. Seatbelt laws are very lax, for one. In many states, law enforcement can pull over and ticket drivers who are not wearing a seat belt. Not in Virginia, where drivers would have to be pulled over for some other reason first. “Since 1972 a seat belt bill 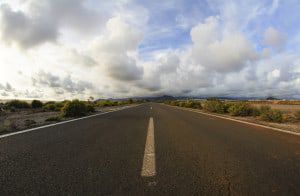 has been introduced every year — and it always meets the same fate.”

Even harder to explain is why it’s still legal to uncork your vodka in a car (though of course drivers may not drink). Every year the commonwealth balks at the passage of an open container law, a habit which puts Virginia out of compliance with federal rules, and costs the state an annual $14 million in highway funds. That kind of money is incentive enough to persuade most states to change. But not Virginia.

Drivers who fail a breathalyzer test are handled with surprising leniency. The state has one of the shortest administrative revocation periods in the country for first DUI offenses – just 7 days. The National Highway Traffic Safety Administration (NHTSA) recommends 90-day suspensions for anyone arrested for drunk driving.

Much work remains to be done before Virginia catches up with its peers on matters of road safety. Organizations like WRAP are hoping that the legislature will take its foot off the brake and start to promote tougher DUI legislation, as well as other driving laws that keep citizens safe on the highways.