You are here: Home / Laws / State Spotlight: Interlock & DUI Laws in Washington
May 2, 2013 by Editorial Staff 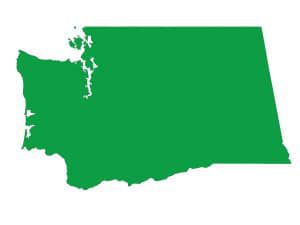 From ignition interlock installation for all convicted drunk drivers to felony DUIs, the state of Washington has some of the strictest drunk driving laws, according to Mothers Against Drunk Driving (MADD). Washington began passing harsher DUI laws in 1998 when the legal blood alcohol content (BAC) limit was reduced and ignition interlocks were required for some first-time offenders and all repeat offenders.

The state has seen a significant decline in DUI offenses thanks to its strict laws, but repeat offenses remain high – one in five defendants in DUI cases between 1998 and 2012 were repeat offenders. After a repeat DUI offender killed two people while driving under the influence last month, state legislators are hoping to crack down on repeat offenders with a variety of new proposals, including a decrease in the number of convictions before a DUI becomes a felony.

Drivers are charged with a DUI if they drive with a BAC of 0.08 or higher. The legal limit for drivers under the age of 21 is 0.02. All DUI offenders are sentenced to jail time and are required to pay a fine and participate in an alcohol treatment program.

A first-time DUI offense is punishable by 1 or 2 to 364 days in jail and a fine of $350 or $500 to $5,000, depending on whether the offender’s BAC was below or at least 0.15. Second- and third-time offenses are punishable by a maximum jail time of 364 days, a maximum fine of $5,000, and 60 to 150 days of electronic home monitoring. The minimum jail time and fine depend on the number of previous offenses and the offender’s BAC:

If the offender has four or more prior offenses within ten years, a DUI becomes a class C felony punishable by up to 5 years in prison and a maximum fine of $10,000.

Under RCW 9.94A, vehicular homicide while driving under the influence of alcohol is a Class A felony punishable by at least 31 to 177 months in jail, with a maximum of life imprisonment, and a maximum fine of $50,000.

The driver’s license of convicted drunk drivers will be suspended for 90 days to four years, depending on the offender’s BAC level and number of previous offenses.

All convicted drunk drivers are required to install an ignition interlock device (IID) in their vehicle for at least 1, 5, or 10 years, depending on the number of previous offenses. Those who had a passenger under the age of 16 in the car are required to use the IID for an additional six months. Drivers with an IID in their car must obtain an ignition interlock driver license (IIL) while their driver’s license is suspended.