You are here: Home / Laws / MADD Advocates Interlock Installation for All DUI Offenders
May 2, 2013 by Editorial Staff 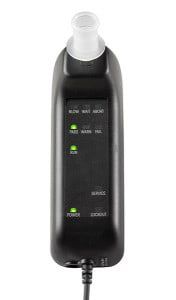 Since launching their Campaign to Eliminate Drunk Driving in 2006, Mothers Against Drunk Driving (MADD) has been urging states to create laws requiring all convicted drunk drivers, even first time offenders, to install ignition interlock devices (IIDs) in their vehicles. While most states have some sort of IID law, only 17 states require all convicted drunk drivers to install the device.

According to Centers for Disease Control and Prevention (CDC), drunk drivers are involved in one-third of all traffic accidents and responsible for nearly 11,000 drunk driving-related deaths each year. With statistics showing that drunk drivers involved in fatal car accidents are eight times more likely to have a prior DWI conviction than drivers who haven’t been drinking, it makes you wonder how many of those 11,000 deaths could be prevented with the proven-effective use of ignition interlocks.

If you live in a state that has yet to require all convicted drunk drivers, including first-time offenders, to install an IID in their vehicles, help MADD in encouraging all states to pass such legislation by writing to your legislators about the importance of this law.

Previous Post: « Steering Veterans Away from Crime and Toward Recovery
Next Post: State Spotlight: Interlock & DUI Laws in Washington »