Is Driving Without a California Ignition Interlock Illegal?

You are here: Home / General Information / Is Driving Without a California Ignition Interlock Illegal?
July 13, 2016 by Editorial Staff 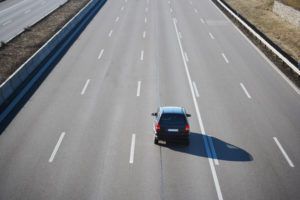 When you’ve been through the court and DMV processes after a DUI, you’re probably looking forward to easier days. Once the dust settles, you may even have a California ignition interlock requirement, depending on where you live in the state, the number of DUI convictions and what the judge ordered in court. California can be tricky when it comes to ignition interlock requirements. For example, if you live in Alameda County, you’ll have no choice but to install an interlock for any DUI conviction. In other counties, you may only have a suspended license.

Is it illegal to drive without a California ignition interlock device?

Ignorance, they say, is no excuse for breaking the law. When it comes to your ignition interlock device, if you have been ordered to install and maintain one, then you don’t have a choice. Even if your best friend somehow escaped the same requirement, you are still legally obligated to follow the order of the court. Otherwise, without an ignition interlock device, you are driving illegally and in violation of your requirement.

In California, too many ignition interlock violations (including tampering with the device or allowing a friend to blow into it on your behalf) will result in your removal from the program. Driving a vehicle without an interlock falls under that heading, too. The device will be uninstalled from your vehicle and you will serve out the license suspension requirement defined by California law. You will lose your best chance at moving on after a DUI the moment you drive without the device.

Even though the California ignition interlock requirement varies, once you are ordered to install the device, it is in your best interest to do so. You’re not only remaining compliant with the court, but you are taking your recovery after a DUI into your own hands and showing everyone what it takes to be a responsible driver after a DUI.