You are here: Home / Laws / No Surprises: Virginia No Refusal Breathalyzer Consequences
July 12, 2016 by Editorial Staff 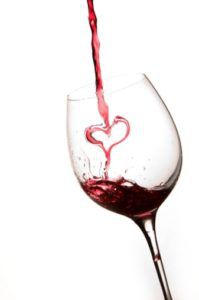 Just because Virginia is for lovers doesn’t mean the Commonwealth loves when you drink and drive. Virginia has a comprehensive approach to reducing or eliminating drunk drivers from the roads, one way or another. With strict blood alcohol concentration (BAC) guidelines, Virginia no refusal laws and all-offender ignition interlock requirements, there’s not a big chance that you’ll get away with driving under the influence.

Virginia no refusal laws make sure you can’t wait out a lower BAC and more.

When you are stopped under the suspicion of DUI or you roll through a sobriety checkpoint, you will probably be asked to take a breathalyzer test by law enforcement. Virginia law says that you don’t get to request a blood test instead of the breathalyzer, which means that if you refuse to blow, you will be arrested and charged with a misdemeanor for violating the no refusal laws. Even if you didn’t realize that was an issue, when you got your Virginian license you actually agreed to be arrested if you refused the breathalyzer. Implied consent laws in Virginia clearly explain your rights when stopped for a DUI, including the BAC testing and what happens if you refuse it.

Not only will you be arrested charged with a misdemeanor, your license will be suspended immediately by the DMV if you violate Virginia no refusal laws.

Of course, the easiest way to avoid the penalties for no refusal in Virginia, including an ignition interlock requirement, is to remain sober while driving. In fact, your best refusal comes from walking away from anything that puts you in a position to drink and drive. That way you stay safe, your license isn’t affected, and you serve as a pretty great example of how a person can fall in love with Virginia and its affection for responsible driving.