Just Don’t: Bicycling Under the Influence

You are here: Home / General Information / Just Don’t: Bicycling Under the Influence
March 17, 2017 by Editorial Staff 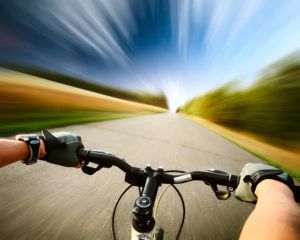 In states like Colorado, a vehicle is a vehicle, and that includes a bicycle. That means if you biking under the influence of alcohol, you are a danger on the roads. You could face a BUI or a DUI charge that carries strict penalties, even including an ignition interlock requirement. No, you’re not a danger like a car or truck, but you’re operating a vehicle while impaired, so you could run into things or people, or make a bad choice as you cross the street.

States that have DUI laws for all vehicles, including bicycles:

States with bicycling under the influence (BUI-specific) penalties:

Also, for those who think riding a bicycle is a great alternative to a license suspension from a DUI, be sure to check with the court or your probation officer about your bicycle plans. In some states, your license suspension means all vehicles. If you have an ignition interlock requirement and decide to use your bicycle instead, you could be under additional scrutiny for not using your interlock as ordered.

The best rule of thumb is to just not operate any type of vehicle if you’ve been drinking, including bicycles, skateboards and scooters. You’ll have plenty of opportunities to use your vehicles, no matter what kind, when you’re sober, with far less problems to confront once you’re back at home.

This is Us: Drunk Driving is Our Reality
Next Post: Impounded? 5 Ways to Lose Your Ride After an Illinois DUI