Impounded? 5 Ways to Lose Your Ride After an Illinois DUI

You are here: Home / General Information / Impounded? 5 Ways to Lose Your Ride After an Illinois DUI
March 20, 2017 by Editorial Staff 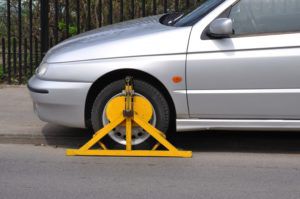 Illinois is one of the majority of states that already has comprehensive drunk driving regulations. Just one Illinois DUI will mean installing an ignition interlock device on top of paying fines, having an alcohol evaluation for potential court-ordered treatment, and more. On top of all of that, and other consequences for an Illinois DUI, did you know your car could also be impounded?

Losing your car after an Illinois DUI is worse than losing your license or having an interlock requirement.

Illinois DUI laws say the state can impound your vehicle if:

In other words, as soon as you have a DUI that steps outside of the “simple” definition (just at the legal per se blood alcohol limit, no injury or harm occurs), you could be looking at losing your vehicle on top of much higher criminal charges and consequences.

You cannot predict what will happen if you drive while under the influence of alcohol, so it seems to make the most sense to just have a safe plan to get home before you even leave for the bar or party. Not only will you be able to ensure you are safe at the end of the night, but you are sparing other drivers on the road of a potential tragedy at your hands. Any Illinois DUI is a serious matter, with very real and life-changing consequences that can go well beyond your vehicle being impounded.

Just Don’t: Bicycling Under the Influence
Next Post: How Long Will a Nebraska DUI Stay On My Record? »