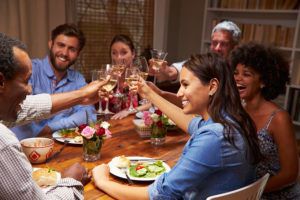 As kids, we were all guilty at some point or another of thinking of ourselves invincible. Conveniently ignored realities let us operate as if there are no consequences…until there are. Drinking and driving may seem like no big deal until you (or your teenager) are faced with a Maryland underage DUI.

Drinking and driving is a dangerous choice for many reasons, and doing it while under the age of 21 can have even more repercussions than when you are of legal age. In Maryland, there is a zero-tolerance law for underage drinking, meaning if your blood alcohol concentration (BAC) is .02% or higher, you will be charged with an underage DUI.

If you are in trouble with a Maryland underage DUI charge, you will be subjected to the same penalties as an adult. However, if you are under the age of 18, the criminal portion of your trial will take place in the juvenile court system.

Even if you are under 21, your penalties are the same as an adult who is caught drinking and driving. Including things like a mandatory alcohol or drug treatment program, fines, license suspension, jail time, and the installation of an ignition interlock device. Outside of court proceedings, you and your parents may also be affected financially. Not just because of the costly ignition interlock installation, but insurance premiums and college scholarships or acceptance can be affected.

Additionally, you also may be subjected to secondary charges such as minor in possession, child endangerment laws (for any passengers), or soliciting alcohol to name a few. If you are charged with a Maryland underage DUI, the full weight of the law will be brought to bear upon you. There will not be allowances made for your relatively young age. You are old enough to have made an informed decision and will be treated accordingly. So, make the responsible decision, don’t drink and drive.

Help Prevent Florida Underage DUIs with Open Communication
Next Post: This Thanksgiving, Give Thanks for Sober Drivers!