Less than .08 BAC in Colorado? You Could Be
Looking at a DWAI.

You are here: Home / General Information / Less than .08 BAC in Colorado? You Could Be Looking at a DWAI.
January 21, 2015 by Editorial Staff 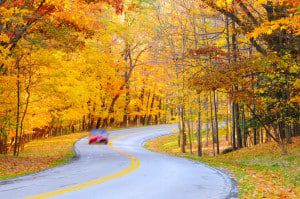 In the U.S., if you are pulled over and tested with a blood alcohol concentration (BAC) limit of .08 or higher, you are considered legally drunk. This BAC limit is important in the fight to keep drunk drivers off the roads, especially since not everyone reacts to alcohol in the same way. One drink could cause a person to have slurred speech or slower reactions, while another person could binge drink six drinks in a few hours and seem perfectly fine.

In both of those cases, neither person is truly fine. A person who reacts “well” to a high BAC is a danger on the road, just as much as a person who may not be at the legal BAC limit, but, still cannot function safely after drinking even a small amount of alcohol. In states like Colorado, the line for “drunk” isn’t just at .08 BAC for these reasons, and even if you’re not quite to the .08 level, you could still be convicted of a drunk driving charge.

Colorado’s DWAI (Driving While Ability Impaired) law states that if you have been seen driving erratically, and your BAC tests between .05 and .08 during a sobriety test, you could be found guilty of drunk driving. A DWAI conviction isn’t exactly as serious as a DUI conviction, but, it does carry many of the same consequences:

A BAC of .05 can be dangerous, and many countries have already adopted that level as their legal limit to define intoxication. A drunk driving incident can occur with as little as one drink, and we have all seen the headlines of what can happen when a person is far beyond the .08 BAC limit. The best way to remain safe on the roads is to always remain sober when driving, and if you have been drinking, find a safe ride home.

Ignition Interlock Debate: Cost vs. Convenience of Car Breathalyzers
Next Post: A DUI for Drinking What?