Live in Florida: DUI Offender on the Loose

You are here: Home / News / Live in Florida: DUI Offender on the Loose
November 26, 2015 by Editorial Staff 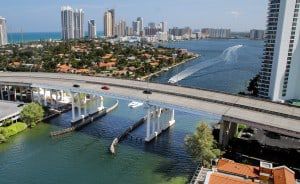 If you have ever been driving down the road and noticed another driver weaving through lanes, stopping unexpectedly or behaving dangerously, otherwise, you probably suspected they have been drinking. You also took a moment to alert authorities and get yourself on to a safer road home. But, what of the danger from that same person was talking on their phone, texting while drunk driving or “Tweeting” that they were intoxicated while driving? Even worse, what if that drunk driver was live streaming their drunken joy ride online, admitting their level of intoxication and general inability to make sound decisions?

That’s what happened in Florida, the state that gives us hope for better days, yet always delivers us one more “Florida DUI” story to marvel at.

The positive side to the story is that while there is no way this woman should have been driving, she did give us a pretty good lesson in what a Florida DUI offender looks like (and sounds like) from inside the vehicle. Most of us only get to experience a drunk driver as we evade their weaving, swerving and almost-rear-ending. She also showed how alcohol can not only cause those “bad decision” nights that lead to a DUI headline, but, that an intoxicated person may make even worse decisions while under the influence of alcohol. Like, live streaming their illegal behavior.

We are all glad that nobody was injured by this woman, and strongly suggest a car breathalyzer or ignition interlock device to replace her smartphone (and drunk driving habit). Getting the “inside scoop” on a DUI offender does not do much to reassure anyone of the safety of drunk driving, and it just puts us all in a position where we are not only worried about the swerving cars on the road, but, we are also looking online for those choosing to see if a friend or loved one is the latest Florida DUI headline.