Making it Hard to Refuse a BAC Test in Florida

You are here: Home / Laws / Making it Hard to Refuse a BAC Test in Florida
February 15, 2016 by Editorial Staff 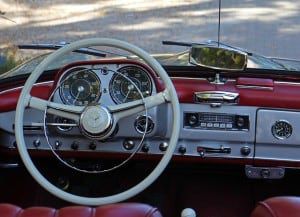 Florida may have gotten some press for its “drive-by DUI” tips to avoid the hassle of a sobriety checkpoint, but that could change this year. Between the dubious baggie method of rolling through a checkpoint and the newly reported high rate of blood alcohol concentration (BAC) test refusals, Florida lawmakers are considering changes that will cause residents to breathe a little easier when asked to submit a BAC sample… or face stricter consequences.

Nationally, the rate of refusing a BAC test is between 19 and 25 percent. Florida is well above that number at 82 percent. Those numbers leave plenty of room for error when standing in front of a judge for a DUI charge. It becomes easier to dismiss cases on a technicality, which puts more drunk drivers back on the road. Currently, refusing a BAC test in Florida results in a license suspension for one year, but a suspended license doesn’t stop a person from driving illegally, or driving under the influence of alcohol. Thus, lawmakers are considering a few new options, including:

Lawmakers are also considering options like an ignition interlock requirement for a second “no refusal” violation, as well as for all DUI convictions, including first offenses. Currently, Florida does not require the devices for every first-time drunk driving offense, just those with a BAC of .15 or higher, or if a minor was present in the vehicle at the time of arrest.

Plenty of states will suspend a driver’s license for refusing a BAC test, whether at a sobriety checkpoint or during a routine traffic stop. Now Florida has a chance to step up and show how serious it takes drunk driving. Requiring ignition interlock devices for refusing the BAC test and for all first-offense DUI convictions sends a strong message to would-be drunk drivers about what they’ll face after that “one for the road.”

BUSTED: Don’t Try to Circumvent Your Ignition Interlock
Next Post: DWI Duh: No, Texas Won’t Let You Drink and Drive Thru a Car Wash