How Many Beers Can You Have with a Car Breathalyzer?

You are here: Home / Resources / How Many Beers Can You Have with a Car Breathalyzer?
August 21, 2015 by Editorial Staff 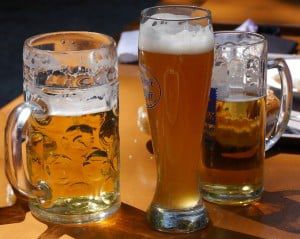 When you have a car breathalyzer or ignition interlock requirement, you are initially trained to operate the device. Most of the time, the initial period you spend with your car breathalyzer is strained: you really don’t want to mess up your test and you’re still new to how it all works. You’re not necessarily new to drinking and driving, which is how you got the car breathalyzer in the first place, but, you understand that you cannot ever take that same risk again.

Then, once you’re used to your car breathalyzer and you feel confident in your ability to remain sober when driving, you get to relax. Maybe you get an idea to kick back with a beer. You don’t have anywhere to be for a while, so you know you’ll be okay to drive and your car breathalyzer will stand behind your decision. But, one beer may lead to another, and suddenly you realize that you have to run an errand or that you forgot an important important.

How many beers was that, and what’s your car breathalyzer going to say about them?

Technically, car breathalyzers and ignition interlock devices are programmed to allow a small percentage of alcohol in your breath sample, but not so you can slip under the radar with a few beers. The typical limit is set at .02 percent BAC in case you have used a mouthwash or other product containing alcohol that hasn’t dissipated from your mouth. If that’s the case, a full lockout would be unnecessary, since driving under the influence of mouthwash isn’t dangerous. Plus, as you perform rolling retests, it will be obvious that you haven’t been consuming alcohol before driving. In the case of those beers you’ve had, however, you could be charged with drunk driving again… you just never know.

Your car breathalzyer will know you’ve had one beer or more than one beer before driving. Considering the work it took to get yourself back in the driver’s seat, is any number of brews worth the added risk?

Is Binge Drinking Worth the Risk?
Next Post: Five Benefits of a Virginia Ignition Interlock