How Many Pennies Does it Take to Beat an Ignition Interlock Device?

You are here: Home / Resources / How Many Pennies Does it Take to Beat an Ignition Interlock Device?
September 10, 2014 by Editorial Staff 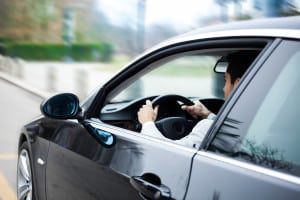 For as long as there has been alcohol and cars, there have been tests for driving drunk. While the various car breathalyzers have certainly evolved over the years, none of the new technology seems to have changed people’s opinions on how to beat a breathalyzer test. In truth, it seems that so many of these “beat a breathalyzer” methods try to register a “super drunk” blood alcohol concentration (BAC) in order to convince an officer or judge that the device was malfunctioning. It is this intoxicated logic that has kept the rumors of using pennies to beat a breathalyzer or field sobriety test circling for decades.

As if sucking on a penny isn’t enough of an indication of being buzzed or drunk.

High BAC readings aren’t the only reason people try to suck on pennies at a traffic stop. Pennies or other copper coins have been rumored to either mask the smell of alcohol on the breath during a face-to-face meeting with law enforcement or lower a person’s BAC level. None of these rumors are actually true; pennies will just make a person’s mouth dirty (who knows where those pennies have been?) and possibly get him or her into more trouble. Also, even if pennies did confuse a breathalyzer, that same person would be required to submit a blood or urine test to determine his or her intoxication. Pennies, copper or coins aren’t going to fool those tests at all.

In short, don’t put pennies in your mouth. They’re not going to help beat a breathalyzer or ignition interlock device test. Just don’t drink and drive.

Michigan Bar Reports on Accuracy of Field Sobriety Tests
Next Post: My Kid is Drinking! Now What?