My Kid is Drinking! Now What?

You are here: Home / General Information / My Kid is Drinking! Now What?
September 11, 2014 by Editorial Staff 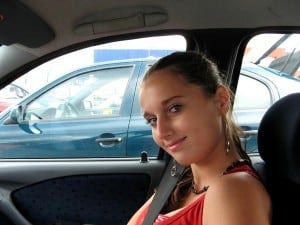 Many parents joke that having kids is the reason they drink, but, for many kids, there are countless opportunities to drink, and usually without a parent knowing. The legal drinking age in the U.S. is 21, yet, that rarely stops a teenager or young adult from dangerous behaviors like drinking and driving or binge drinking. By the time a child has the chance to drink a beer, he or she has probably already seen a parent drink, or has even been encouraged to take a sip of an alcoholic drink by a trusted adult. This alcohol awareness can make it “not a big deal” for a child to drink, until there is a problem like alcohol addiction or drinking and driving. Then, it is a big deal for all of us.

If you catch your child drinking, it may be time to let him or her know the facts about alcohol, including your own view on drinking. A teenager who feels “bulletproof” may not understand that drinking and driving can kill, but, he or she can understand other consequences of a drunk driving conviction, especially jail time, community service and/or an ignition interlock device installation. Through your own experience with alcohol and a tough stance on your child’s drinking, he or she may realize that the consequences that a few beers may bring aren’t really worth the headache, the hangover, or the hum of an ignition interlock breath test.

The teenage years are always about exploration, testing the limits and experimentation. Studies show parents have the most influence on important decisions during the teenage years, which means that even if you catch your kid drinking, you don’t have to panic. With plenty of discussion and understanding on both sides of the teenage drinking debate, there is a good chance you can encourage your child to make the right decision when it comes to drinking.

How Many Pennies Does it Take to Beat an Ignition Interlock Device?
Next Post: Take My Breath Away: Car Breathalyzers Are Easy!