On the Map: DUI Checkpoints in Oklahoma

You are here: Home / General Information / On the Map: DUI Checkpoints in Oklahoma
January 25, 2016 by Editorial Staff 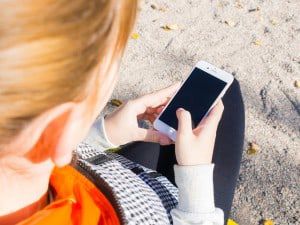 Good news, Oklahoma! Your state wants you to know where all of the DUI checkpoints are before you head out for a night of fun! You may think this is a courtesy service to help you navigate the rough waters of DUI traffic stops in the state, but it is actually a successful move in preventing drunk driving on the roads. Oklahoma has just launched a new online DUI checkpoint map for everyone to use – and it is making everyone think twice about whether drinking and driving is even worth the risk.

Spoiler alert: drinking and driving is never worth the risk.

When a state conducts a sobriety checkpoint, they are obligated to follow guidelines, such as announcing the general location of the event. Most recently, states have taken to social media and other online resources to get the word out about DUI checkpoints. Oklahoma has taken it even further by publishing the location of sobriety checkpoints on a map – not so people can avoid the checkpoints, but so that they see the “live” areas, think twice about their buzz and choose to find a safe and sober ride home.

All of those points on a map can be scary when you’re not sure if you’re actually intoxicated, not to mention the real-world consequences of a DUI conviction. In Oklahoma, a first-offense DUI means you face:

It is the car breathalyzer requirement and the overall cost of drunk driving give the DUI checkpoint map a life of its own, one that even the most intoxicated person can (hopefully) understand.

More states should supply such vital DUI checkpoint information as a safety measure. If you know there is even a small chance that you could run into a checkpoint, or a saturation patrol, you’d be a lot more responsible with your driving choices. We bet that anyone else who questions their buzz will feel exactly the same.

Real Talk: Affluenza is No Excuse for Drunk Driving
Next Post: Do I Have to Install an Ignition Interlock in VA?