Do I Have to Install an Ignition Interlock in VA?

You are here: Home / Laws / Do I Have to Install an Ignition Interlock in VA?
January 26, 2016 by Editorial Staff 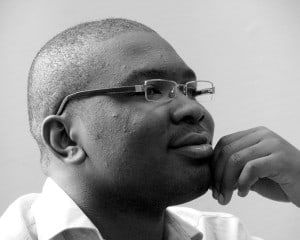 “If I have a DUI in Virginia, do I have to install one of those ignition interlocks?”

Any DUI or drunk driving conviction is a serious problem, even if nobody was harmed.  Often a DUI offender uses that conviction to make big changes in life. In states like Virginia, those changes are given a helpful hand with the Virginia Alcohol Safety Action Program (VASAP) – the agency that supervises offenders and monitors their mandatory ignition interlock requirement.

So, yes, if you have a DUI in Virginia, you’ll need to install an ignition interlock device.

Virginia has an all-offender ignition interlock policy for DUI offenders in the Commonwealth. That means that even if you are convicted of your first, and only DUI in the state, you will still have at least six months with your ignition interlock device, and possibly more. The court has the discretion of extending your requirement time, as does VASAP. During that time, you are expected to remain sober when driving, and not drive any vehicle that does not have an interlock installed.

The requirement also says that any vehicles you own or that are registered in your name must be equipped with an ignition interlock device. You won’t be able to drive commercial vehicles, school buses or school vehicles during your requirement time. That way, no matter how you look at it, you’re going to be safe on the roads and not risk another DUI again. Not that you haven’t already committed to only driving sober, forever and ever.

With a DUI in Virginia, you have to install an ignition interlock device. But, since you have already committed to sober driving, you shouldn’t have any further problems. Just the satisfaction of knowing that despite any mistakes in your past, you can look forward to a much better and responsible future.

On the Map: DUI Checkpoints in Oklahoma
Next Post: Low-Income Options for California Ignition Interlock