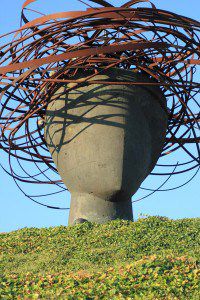 Teenagers are notorious for breaking the rules and pushing the limits. That taste of independence as they grow toward adulthood, paired with a still-developing brain, creates plenty of opportunities to throw caution to the wind. Underage drinking, for example, can be punished by the law, including probation programs, car breathalyzer or ignition interlock requirements or even incarceration. But, there are also plenty of other, non-legal issues that can occur when a minor chooses to drink before they are legally able to do so, none of which are worth the risk.

The brain continues to develop through our mid-20s, making it is easy to blow off responsibility and embrace the excitement of the moment. Alcohol only makes those decisions easier, especially for teenagers and young adults. Studies indicate that underage drinking causes problems by damaging these new tissues as they develop, affecting thought processes, memory, attention span and more, perhaps for life.

The emotional consequences of underage drinking can last a long time, as well. A DUI or drunk driving incident, at its best,  means a criminal record for the offender. But, being drunk behind the wheel and causing injury or death of another person has an additional emotional burden that nobody should ever face. Bullying or aggressive behaviors can also occur with underage drinking, as can sexual assault, sexually transmitted diseases or other life-altering behaviors . Alcohol may “numb” a person’s emotions and judgement, temporarily, but, once sober, there’s a “lifetime of regret” to confront.

When it comes to underage drinking and driving, parents and caregivers have a responsibility to model appropriate behaviors and set boundaries for their teenagers, and even the 18-21 year olds in their lives. Independence is a great thing, as long as it does not put others, including the person pushing those limits, in harm’s way.

What Happens When You Fail a Car Breathalyzer Test?
Next Post: Is There Cost Assistance for a Texas Ignition Interlock?