What Happens When You Fail a Car Breathalyzer Test?

You are here: Home / General Information / What Happens When You Fail a Car Breathalyzer Test?
December 3, 2015 by Editorial Staff 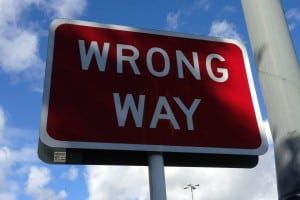 With a success rate of 67 percent, you would think that a car breathalyzer or ignition interlock device would allow everyone to breathe easier when faced with a possible drunk driver on the road. But, not everyone takes these devices seriously, like the 33 percent of “failures” that make up the rest of that statistic.  The truth is that a car breathalyzer only works when it is used as instructed, by a person committed to sober driving.  When the device reports a test failure, there are very few reasons to believe the device has a glitch, and more reasons that point to the drunk driving offender’s behavior before starting the engine.

The most common concern with failing the device is the BAC level that is recorded. Any amount of alcohol is a bad idea when driving, but, with a car breathalyzer, it is vital to remain completely sober to prove a drunk driving conviction was a one-time mistake. Plus, there are consequences that vary in each state for test failures, like an extension of the time required with the device, or complete removal from the program.

One test failure may not be a big deal, while a pattern of failed tests can indicate a problem for the person who is striving to prove a strong commitment to sober driving. Whether that pattern contains data about BAC levels that are too high, or, a pattern of not driving (that could indicate the offender is driving a vehicle without a car breathalyzer), a reasonable success rate  depends entirely on a commitment to putting the past away, and looking forward to a better, sober future.

Got a New Car? Don’t Forget Your Virginia Ignition Interlock!
Next Post: Mental and Emotional Consequences of Underage Drinking