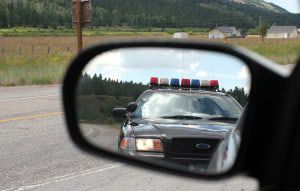 Michigan offers a Breath Alcohol Ignition Interlock Device (BAIID) program for convicted drunk driving offenders under certain criteria. The program is designed to allow a drunk driving offender to continue to drive, but, only after providing regular proof that he or she is sober behind the wheel through the monitoring and testing of blood alcohol concentration (BAC) of the driver.

Unfortunately, there are still people who feel these devices are more hassle than they are worth, and even after qualifying for the program, some will try to get around its guidelines. Violating the BAIID program in Michigan will increase the time requirement for the ignition interlock installation or, a violation could mean the offender is no longer allowed to legally drive. After a person works to qualify for the BAIID program in Michigan, the worst thing he or she can do is try to get around its guidelines.

Violations of the Michigan BAIID program include:

Michigan’s ignition interlock device violations are categorized into minor and major violations, but, each one can become a reason for revoking all driving privileges or extending the term of the original BAIID requirement. Since the BAIID program in Michigan gives a drunk driving offender the ability to drive while being monitored for alcohol use, it is only smart to follow the guidelines of installation, use and reporting.