Michigan OWI Laws Get Update in 2015 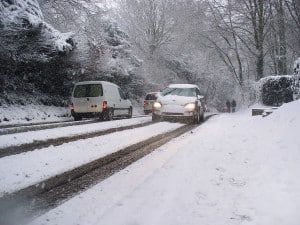 Drunk drivers aren’t the only impaired drivers you need to worry about. Increasingly, drivers who are impaired due to using drugs are causing accidents and destroying the lives of their neighbors. While it has always been pretty easy to tell if someone is drunk, figuring out if someone is under the influence of drugs is a whole other ballgame. More recent generations of breathalyzers may claim to detect drugs as well as alcohol, but it’s not an exact science.

The Michigan OWI law changes that take effect on January 12, 2015, will attempt to make arresting drugged drivers a little easier. OWI (Operating While Intoxicated) laws generally address both drunk and drugged drivers. In Michigan, an OWI incorporates three violations: alcohol or drugs substantially affecting your ability to drive, a bodily alcohol content (BAC) of 0.08 or higher, and a BAC of 0.17 or higher.

To make it easier for officers to arrest drivers who are under the influence of drugs, Michigan has changed some wording in its existing OWI laws. Where suspected drivers used to take a “preliminary breath test”, they will now undergo “preliminary roadside analysis”. Because there is no definitively reliable breath test for drugs, the change is an attempt to broaden the ability of officers to enforce OWI laws.

Prior to this change, Michigan drivers have not been required to take roadside tests such as reciting the alphabet backwards or walking a straight line. Preliminary breath tests were required if the driver was suspected of driving while under the influence, and those chemical tests were generally reliable. Since drivers who are under the influence of drugs, rather than alcohol, are not likely to have breath test results that support arrest, Michigan has struggled to find a way to hold them accountable prior to causing harm.

Once this change goes into effect, Michigan drivers suspected of driving under the influence will have to submit to a breath test or a roadside test once they are pulled over by an officer. While the specifics of what a “preliminary roadside analysis” looks like are still being worked out, Michigan drivers should prepare for safer roads.

What to Do When You Have a Car Breathalyzer
Next Post: Vaping Alcohol in Virginia? Don’t Hold Your Breath.