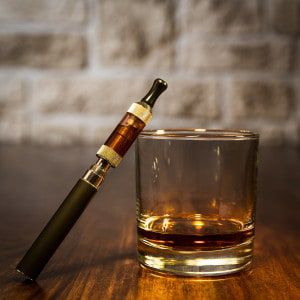 Alcohol comes in all kinds of forms, whether you prefer a beer after work or are interested in powdered alcohol that has been a controversy in recent headlines. As technology continues to provide better living for us all, there will always be an “evolution” of how to ingest or consume substances that aren’t always healthy, or in amounts that aren’t in our best interests. That’s why alcohol that is ingested by breathing in vapor, or by “vaping alcohol,” is also under fire in many states, including Virginia, where there is a zero tolerance for Vaportinis or the inhalation of alcohol.

Virginia already has strict laws regarding alcohol sales in the Commonwealth, as well as plenty of consequences for those who choose to drink and drive. The regulation of alcohol in Virginia is handled by the state’s Alcohol Beverage Control (ABC) division, where it must not only track the stores that sell beer, wine or spirits, but, also the occurrence of underage alcohol purchases, the percentage of alcohol in beverages and more details about the manufacturing, sale and consumption of alcohol than any “average Joe” should ever know.

Vaping alcohol in Virginia would not only add to the regulatory system, but, it could also add to the problems that are faced by drunk drivers. Virginia already has a car breathalyzer or ignition interlock requirement for all DUI offenders and by allowing more roads to intoxication, there could be an increase in DUI fatalities and accidents. Vaping alcohol could undo all of the hard work the Commonwealth has endured in reducing the risks on the roads, and that’s not a risk worth taking.

Because of these reasons, and more, vaping alcohol in Virginia is explicitly prohibited. By keeping safe and within the range of acceptable methods for drinking alcohol, as well as acceptable blood alcohol concentration (BAC) levels, we’re assuring drivers on Virginia’s roads that we are safe and sober.

Michigan OWI Laws Get Update in 2015
Next Post: What if Your Car Breathalyzer is Stolen?