You are here: Home / Resources / National Recovery Month: Recovering from a DUI
September 5, 2014 by Editorial Staff 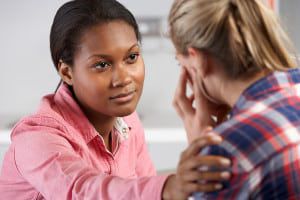 National Recovery Month focuses on the ability of people to overcome alcohol and substance abuse problems in order to live fulfilling lives. Unfortunately, it can be a “rock bottom” situation that makes a person realize he or she has a problem with drugs or alcohol, especially in the case of a driving while under the influence (DUI) charge. For many, recovering from a DUI is part of the process of recovering from alcohol addiction, but, that does not make the situation any easier.

Recovering from a DUI includes a wide range of issues, including:

A DUI is one of the more evident “rock bottom” situations a person can experience, especially when the aftermath is more than an ignition interlock requirement.  Matthew Cordle, for example, made a video confession after a fatal DUI accident, admitting to his guilt in the matter. Today, from prison, Cordle encourages others to find a safe, sober ride home and honors victims of drunk driving accidents.

Recovering from a DUI can take years, but, it is possible to move on and live a better, sober life, while helping others do the same. During this year’s National Recovery Month, make your DUI a chance to turn your life around and help keep others sober behind the wheel.

A DUI in Virginia Could Impact Your Security Clearance
Next Post: Can Asthma or Reflux Affect an Ignition Interlock test? »