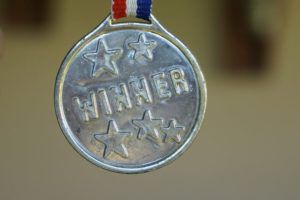 When it comes to DUI penalties, change can be slow and pragmatic – politicians and legislators have to consider what is best for all involved. On the one hand, there are lives at stake when a drunk driver isn’t punished strictly enough. On the other hand, the DUI driver can find a better outcome through more a more progressive approach after a conviction. One example of such an approach is using a car breathalyzer or ignition interlock device. By taking this road, Nebraska has shown its rules and punishments are working well to save lives and stop drunk drivers, while still allowing an avenue for a DUI offender to be rehabilitated so that no further incidents occur.

Nebraska’s DUI penalties include a mandatory, minimum 90-day license suspension after just a first offense in addition to 7 days in jail, but climbs to a mandatory, minimum 30 days of confinement for a second offense. These penalties can affect you for over a decade in Nebraska, with each incident leading to even more restrictive (and less progressive) consequences.

If you are 18 or over, you will probably qualify for a restricted license and ignition interlock after a DUI conviction. You’ll have two weeks to see if you are eligible through the DMV before your license is suspended. If you are given the go-ahead, that ignition interlock will allow you to keep driving as you did before your DUI, all you have to do is supply a breath sample to prove you are sober before you head out, and periodically as you drive.

A recent ranking of states and their DUI penalties and laws puts Nebraska in the number five spot, a pretty good pedestal on which to sit. That award also gives other states a roadmap of ways to get their own DUI laws and penalties in order, so that we aren’t facing more problems in the future.

Which States Have Ignition Interlock Device Laws?
Next Post: What to Expect for Your 10th New Mexico DWI