You are here: Home / Laws / What to Expect for Your 10th New Mexico DWI 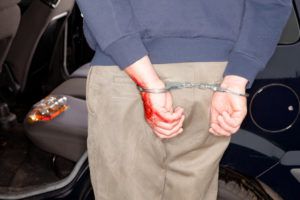 As strange as it sounds, there are still people who haven’t realized that driving while intoxicated is risky. Those types of offenders are often referred to as, “habitual DWI offenders.” Sadly, even today, not everyone learns their lesson the first, fifth or even tenth time they’re in a DWI court. Which is why there are laws for New Mexico DWI convictions that add up to eight or more incidents. If you do the math, that’s at least eight times an offender has been caught putting lives at risk, not to mention the 80 other times they possibly got away with the same crime, according to statistics.

New 2016 laws target those with higher numbers of New Mexico DWI convictions, such as:

Given these harsh punishments placed on drunk drivers it becomes obvious why someone should be cautious in their proceedings. Just one charge is enough to get you under a suspended license for up to a year, a potential month in prison and $500 in fines. It comes down to the fact that any number of DWIs are something to be addressed. If that means that the laws surrounding drunk drivers and New Mexico DWIs have to step up and provide reasons to only drive sober, then New Mexico continues to be on the right track.