Need a Second Chance After Another Oklahoma DUI?

You are here: Home / Laws / Need a Second Chance After Another Oklahoma DUI?
August 25, 2017 by Editorial Staff 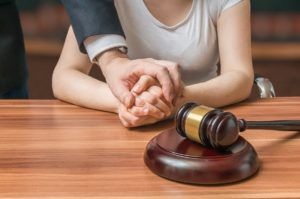 When you faced the music for your first Oklahoma DUI, you swore you would make better decisions. You spent time making sure you had a safe ride home when out with friends, or maybe you just stayed home. Over time, your commitment to sober driving may have waned. Unfortunately, now you are facing another court date for a new drunk driving incident, and on top of that, Oklahoma DUI laws are changing once more. Gone are the days when you could slide through the legal fingers of a state that did not have the best infrastructure in place for DUI records. Oklahoma has come out ahead of the pack when it comes to drunk driving law reform.

For a second Oklahoma DUI you are looking at the following penalties:

You could also face additional penalties for refusing the blood alcohol concentration (BAC) test at the time of your arrest. If you have a second Oklahoma DUI within 10 years of the first, or any aggravating circumstances occurred during the drunk driving incident, your penalties will be stricter.

Oklahoma recently passed a law that requires ignition interlock devices for all DUI offenders, including first-timers. That new law does not affect a second Oklahoma DUI, but there have been recent improvements to the state’s infrastructure that will help courts accurately count each incident. Your second chance at recovery after any DUI is to commit to sober driving, using tools like your ignition interlock device and your own good judgment to never face any future consequences for drunk driving.

Shocking Virginia DUI: Golfing Under the Influence
Next Post: I Have a Second Nebraska DUI