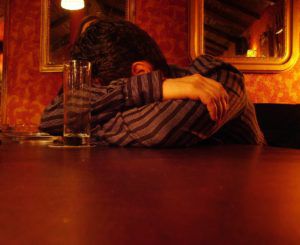 New Mexico has a great reputation for its efforts to prevent DWI. Not only is the state’s ignition interlock program a model for the rest of the country, but New Mexico DWI laws continue to increase safety throughout the state, one that has struggled with drunk drivers for several decades. Much of that success is owed to Susana Martinez, who is heading into her final year as the state’s Governor.

Preventing drunk driving has always been important to New Mexico, as illustrated in its efforts as the first state to implement an all-offender ignition interlock requirement. This year, the state legislature is considering a law to prohibit New Mexico DWI offenders from drinking any alcohol, for life, once convicted of the crime. In theory, that’s an effective way to stop a person from drinking but consider this… A person who may be banned from drinking alcohol can still find a way to drink. Just like a person with a suspended/revoked license can still find a way to drive.

There is value in reducing a DWI offender’s access to alcohol, but there is only one way to truly prevent drunk driving: ignition interlock devices. It could be argued that an interlock doesn’t prevent an offender from driving a friend’s car while intoxicated. However, Governor Martinez even has a solution for that problem: criminal charges for anyone who loans a vehicle to a known DWI offender. No matter what, New Mexico DWI laws are reflecting a determination to end drunk driving, and leading the way for other states to have similar policies.

Refusing to sell alcohol to a DWI offender has shades of logic, but truly preventing drunk driving may require a stronger stance. With an ignition interlock device, a person just cannot drink and drive, keeping the roads safer for everyone.